Not Exempt Exempt
Yes No

Maintaining water balance in new or recently plastered pools requires special attention during the curing period. You can expect the pH to change frequently, daily adjustments can be anticipated during the first few weeks while the new surface cures. Frequent pH and TA (total alkalinity) testing must be done, with adjustments to water balance each time. Follow the procedures below to protect your new pool finish:

Every effort has been made by our preparation and plaster crew to provide you with the finest interior pool finish possible. There are, however, certain characteristics of pool plaster that you should know.

And finally......Thank You for your patronage. Now, please, go swimming!

B&B Pool Co. is the leading choice when it comes to custom, innovative, one-of-a-kind residential pools. Building for some of the most well known names in Michigan, B&B Pool Co. has produced some of the most stunning works of water sculpture in the state. With its commercial design-build background, B&B Pool Co. has been able to deliver on the visions of the owners and the architects of some of Michigan’s most prestigious homes. Having the in-house construction capabilities to produce these highly custom waterscapes has gradually caught the eye of the most notable architects, custom home builders and landscape architects throughout the region. 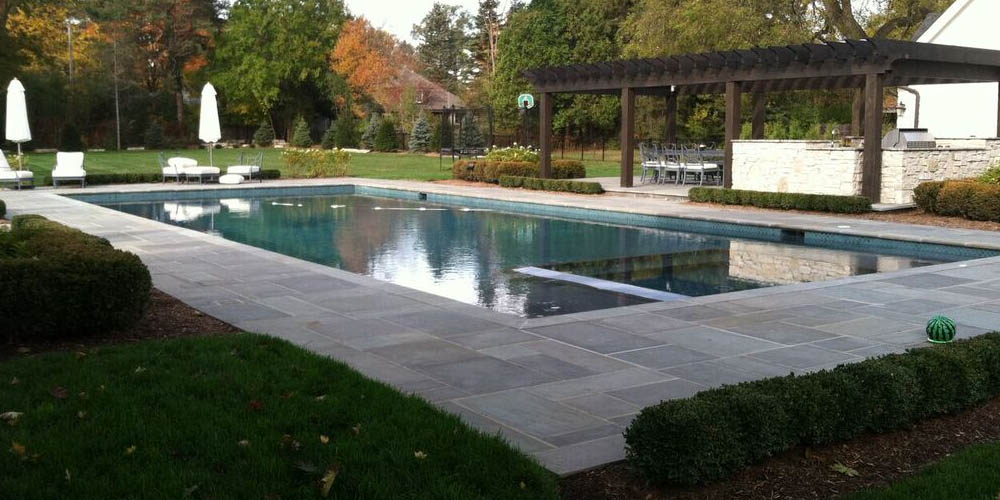 Since its inception, B&B Pool Co. has been in the commercial and residential construction, renovation, service and supply business. As the company matured, the focus of the business shifted to concentrate more on the commercial construction and renovation business. B&B Pool Co. has built some of Michigan’s most impressive aquatic facilities, including those for Ann Arbor’s Pioneer High School, which has one of Michigan’s top rated competitive swimming programs. Pioneer’s pool is a14-lane, state-of-the-art competitive swimming and diving facility.

Outdoors, B&B Pool Co. has demonstrated its skills on numerous projects. B&B Pool Co. constructed three outdoor pools for the city of Grand Rapids at its Highland,Campau and Lincoln parks. These are multiple-use pools that combine a Miracle slide with zero entry, a water umbrella, diving areas and lane swimming. Another notable project is the City of Pleasant Ridge’s new outdoor municipal aquatic facility. B&B Pool Co. worked closely with the city’s architectural firm Anderson, Eckstein & Westrick to design the replacement pool. The new pool has a large zero entry area and multiple Vortex Products interactive play structures that are operated by a poolside activation bollard that runs a pre-programmed sequence to keep the kids engaged and delighted. The pool also has a regulation competitive six-lane swimming area and one-meter diving.

B&B Pool Co. was chosen to construct the new Oakland Hills Country Club pool after the 2004 Ryder Cup ended. Since the new pool area had to be used as the de-construction site for the Ryder Cup, construction could not begin until January 2005 and it had to be completed by Memorial Day. With diligent work and close coordination with the general contractor, B&B Pool Co. completed the outdoor pool under the harsh winter conditions and it opened to patrons by Memorial Day weekend. 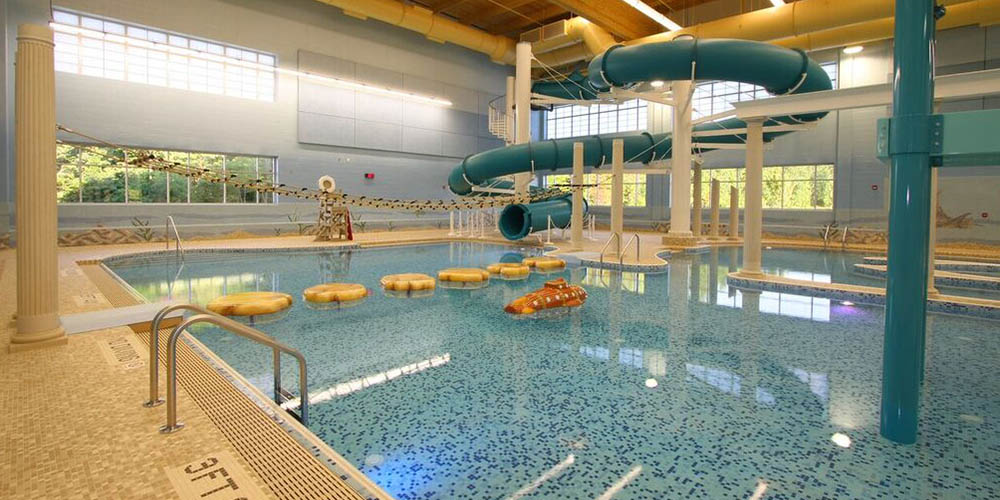 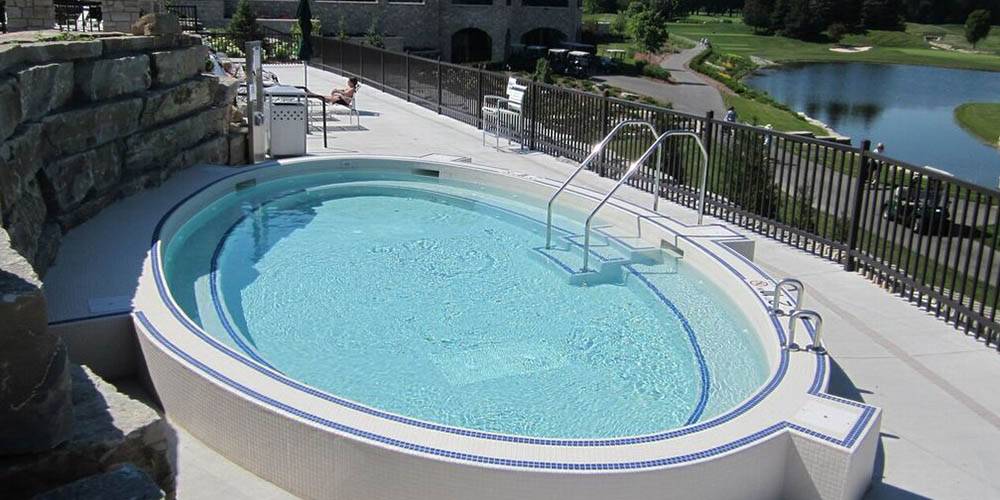 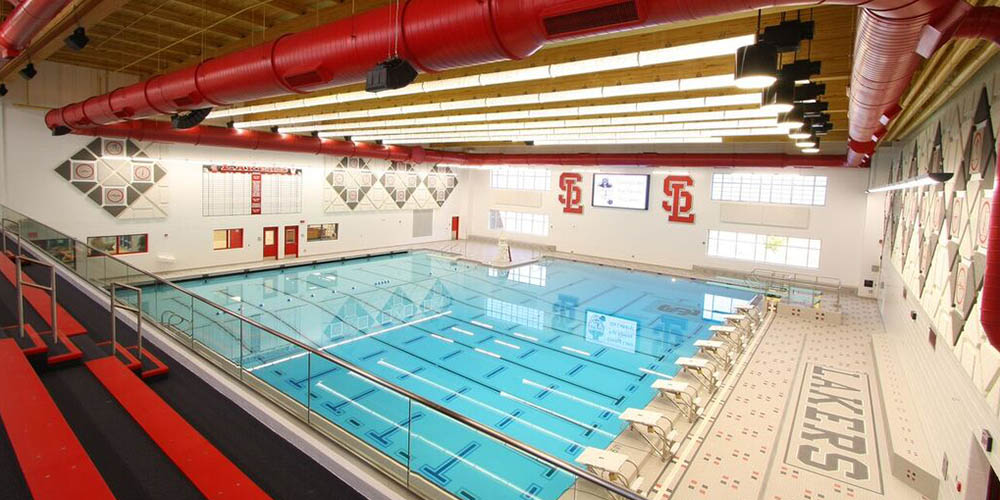